Tackling water resource issues is one of the five priority risks
the Committee on climate Change identified in its 2017 climate
change risk assessment. If more concerted action is not
taken now, parts of the south and south-east of England will run
out of water within the next 20 years.

This will of course lead to ever more
Coronanimby moaning that we don’t have the resources to build
the houses we need. Or as bad that we should force people to move
to places where they will be rained on more and be greatful for
it.

We have absolutely no shortage of water in the UK. Rather we
let most of it flow into the sea without being used. Most
countries have long ago solved the technical problem of getting
water from where it is to where it is needed. Some solutions date
back to the origins of civilisation. 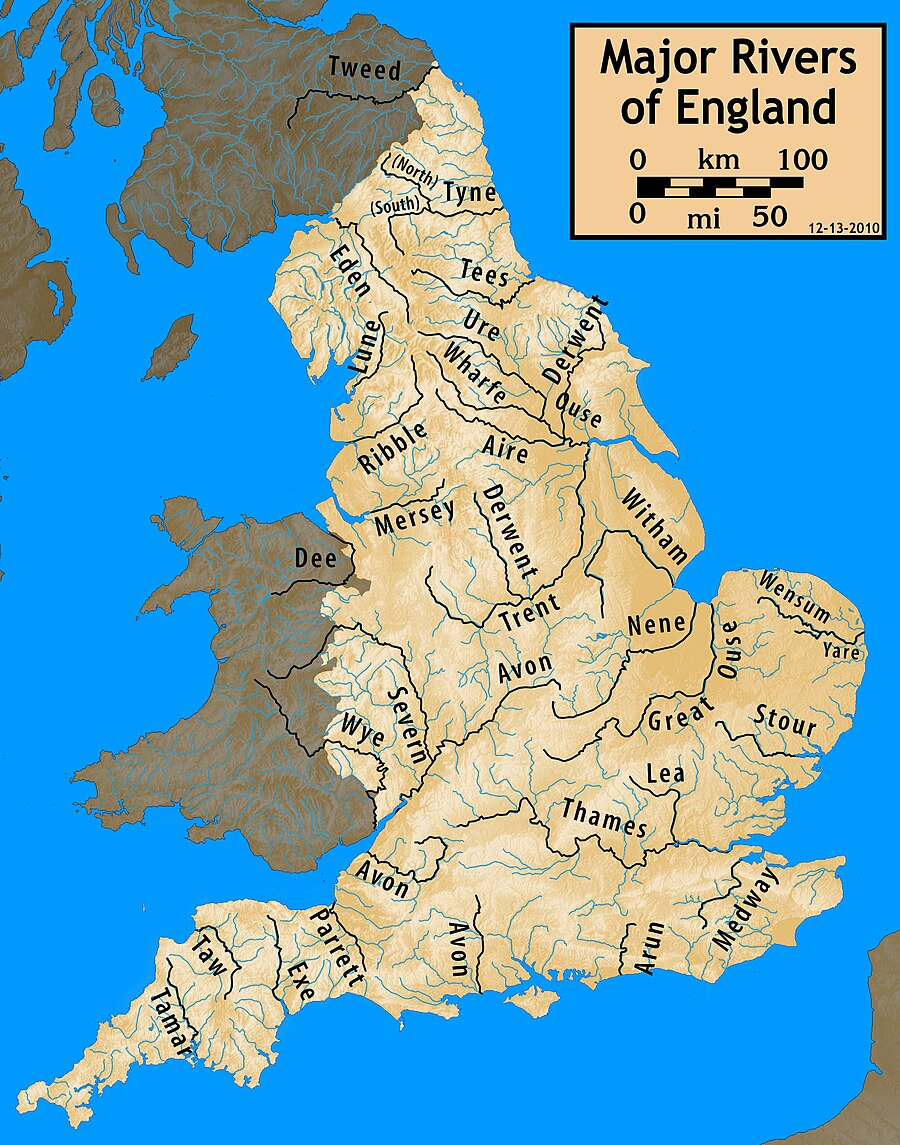 In the era of privitisation there was a reaction against large
scale interegional water transfer solutions as ‘white
elephants’ such as Kielder or expanding transfers from Wales to
the Midlands. With no separation of wholesale and retail markets
there was no incentive for bold long term cross basin
improvements. The government has intermittently called for a
National Water Strategy, rather like CaMKox expecting everyone but
the National Government to write it.

We don’t need a fully singing and dancing national water grid
to make progress. Small scale interegional and new reservoir
programmes are going ahead. Already in Essex in hot summers
Essex gets around 1/3rd of its water from the Great Ouse
Catchment.

A single pipeline from Derwent Mouth/Long Horse Bridge on the
Derwent/Leicestershire Border to the Farmoor Reservoir, and the
proposed reservoir at Abingdon, a distance a little over 120km, and
mostly on the 150m contour
line, would link the catchments of most of the rivers in middle
England and completely solev the water supply situation for Camkox.
Existing rivers like the Great Ouse, and gravity, allow water to
flow where growth needs it. Lets call it the Long Horse
Waterway. Boris previously
stated support for the idea without stating where or how. I
would expose the Southern section south of the Nene as a Canal and
use it as a major flood relief and recreational resource linking
pleasure boats from the Great Ouse, Avon Thames and Nene systems.
Why doesnt England’s Economic Heartland fund a feasibility
study?

So why are we not getting such proposals from the wholesale
water companies?

I remember reading a couple of years ago Anglian Waters
strategic plan. It was a brilliant piece of work with
sophisticated GIS modelling of supply and demand. But it was
completely wrong. Wrong because it only included growth in local
plans, and not most of the growth in the capital planning period
which wasn’t yet in local plans . There’s the rub of it.
Non existent strategic planners not telling actually existing water
planners where to put the pipes and reservoirs.

Historically England has been bad at Water Cycle planning. It
rains so much we take it for granted. In arid countries all
planning begins and ends with where it rains and gravity. In my
recent mini ‘lecture’ tour i threw in the deliberately
provocative point that all 5 New Towns in Hertfordshire./est Essex
were in the wrong place, and the Ministry of Works had advised
Lewis Silkin that feeding 5 new towns into the always limited
capacity Rye Meads treatment centre was impractical. If we had
listed we would have now 5 new Towns feeding into the Ouse
Catchment in south Cambridgeshire (and we might again).